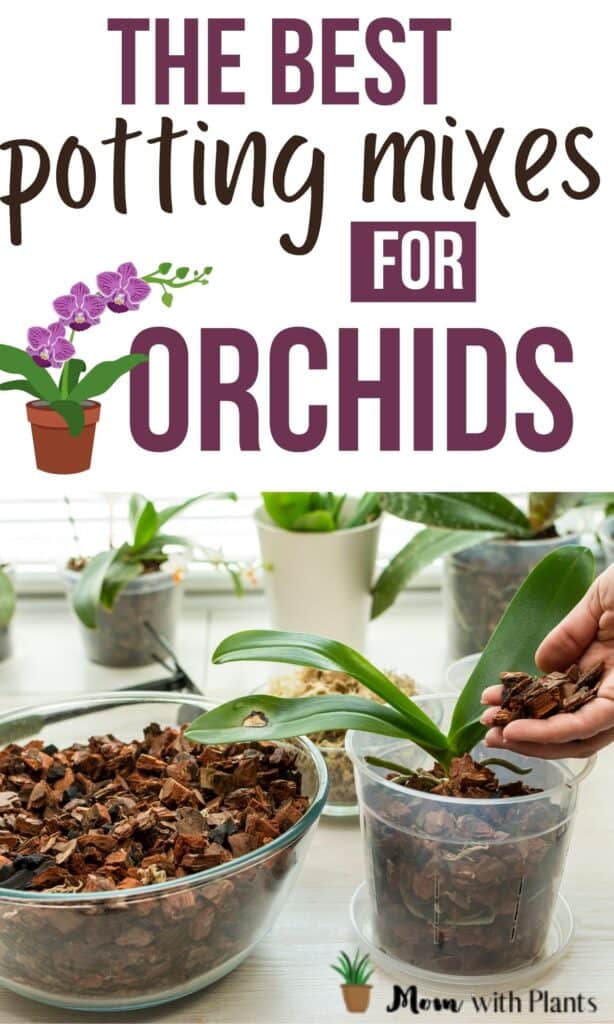 Have you ever wondered if there is a special potting soil for orchids? The answer is yes, but how do you know which kind is the best?

If you grow orchids indoors, there will be times you need to repot them. Here's a look at the best potting mixes and why.

They also make their orchid mix in small batches which ensures freshness.

According to rePotme, the Hydroton in their mix is a light-weight expandable clay aggregate.

Our third and final favorite potting mix for orchids is from Jim's Orchid Supplies. This potting mix has three components (hydrocorn, coconut husk chips, and charcoal).

Like the hydroton, this hydrocorn is just expanded clay pellets!

What's so special about Orchid soil/medium?

It's actually not soil at all but a mixture of bark, sponge rock, and charcoal (at least the good ones).

Orchids can easily develop root rot, so they need a planting medium that is designed to drain and absorb excess water.

You might also enjoy: Beginners guide to Orchid Care

Hi, I'm Joanna! The mom behind "mom with plants". Mom with Plants was started to help beginners learn how to garden everything from strawberries to houseplants and more.

You can find out more about which cookies we are using or switch them off in settings.

This website uses cookies so that we can provide you with the best user experience possible. Cookie information is stored in your browser and performs functions such as recognising you when you return to our website and helping our team to understand which sections of the website you find most interesting and useful.

Strictly Necessary Cookie should be enabled at all times so that we can save your preferences for cookie settings.

If you disable this cookie, we will not be able to save your preferences. This means that every time you visit this website you will need to enable or disable cookies again.