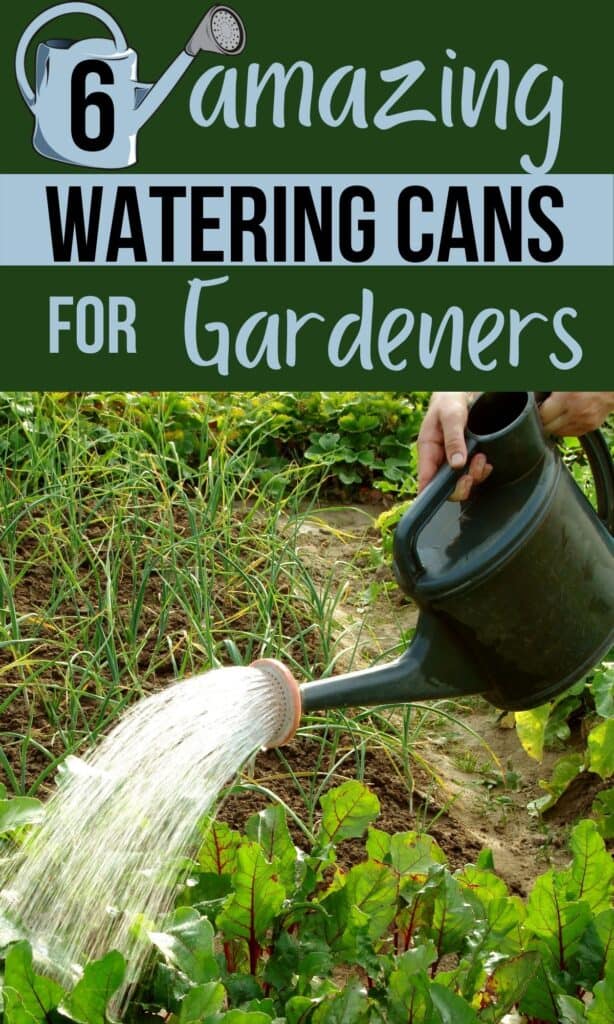 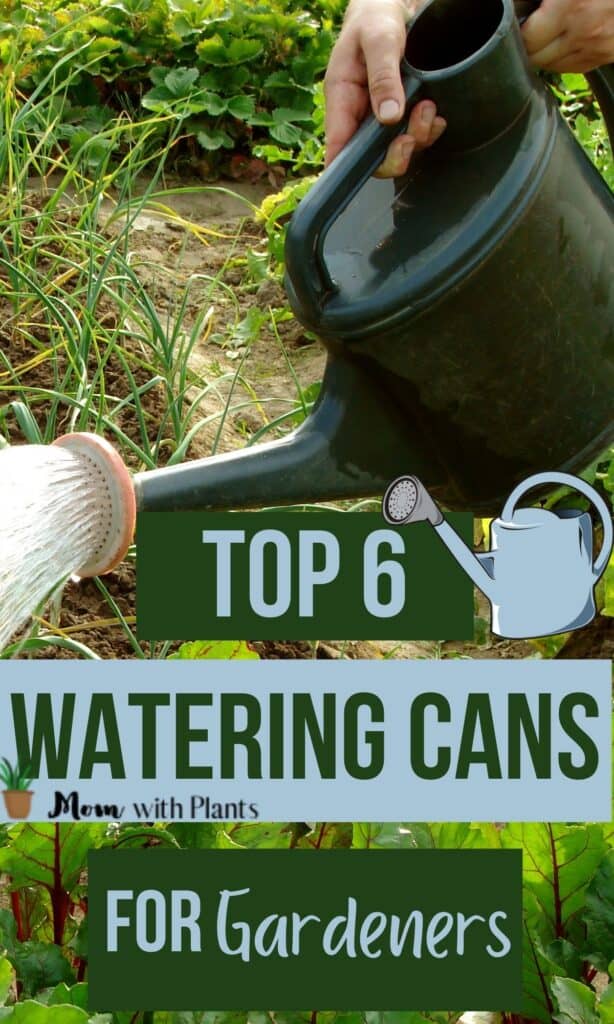 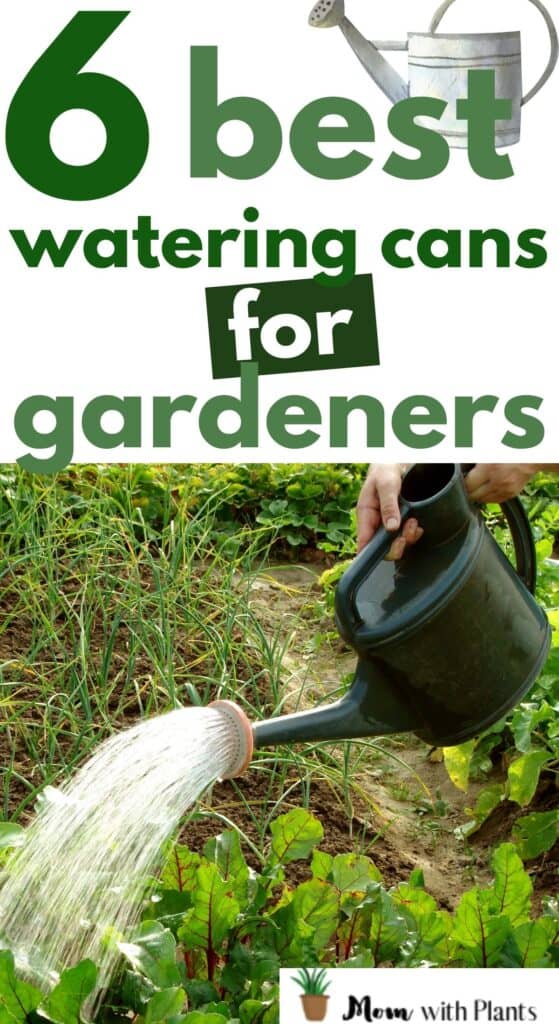 Finding the best watering cans is essential for gardeners who are just starting out.

Our favorite pick is the Hortican galvanized watering can. It has two different handles depending on how you like to water.

Another great thing about this watering can is that the shower head on the spout is removable.

The hammered copper watering can is one of the best indoor watering can on the market right now. It's made with solid copper so it won't rust.

It's also probably one of the most beautiful watering cans, so it would make for a great gift too.

It will holds 1 ½ quarts of water (or about 1 ½ liters), and it has a long spout that helps with reaching houseplants high up.

This watering can holds 3 gallons of water so you won't need to refill it as often.

It also has a handle that is ergonomically designed so that your wrists won't get tired while you are watering your plants. If you have ever watered with a watering can that has this type of handle, it's hard to want to use anything else.

This Cado watering can holds 2 gallons of water, and offers two different handles.

Made from plastic, you can count on this watering can to not ever rust.

5. Garden Watering Can with long spout

This black watering can is the most affordable choice. It's made of a durable yet lightweight plastic, so it will never rust.

It also has an ergonomically designed handle. Seriously, once you use a watering can with this style of handle, you will never want to go back.

This blue rainmaker watering can holds the most water of all of them at a 3.2 gallon capacity. Take that into mind though, because the more water it holds, the heavier it will be to carry around.

What to look for when buying a watering can

Determine if you are going to use it mostly indoors or outside. For houseplants, you will want to find a watering can with a narrow spout for precision. A lot of houseplants don't like watering on their leaves.

If it's going to be used both indoors and outdoors, make sure it's rust-proof. Nothing is more disappointing than your favorite watering can rusting out, and needing a new one.

Another important feature for watering cans is the handle. If you do most of your watering with a can, a handle can make or break the wear on your wrists. Look for ergonomic handles that are designed for long term use.

Hi, I'm Joanna! The mom behind "mom with plants". Mom with Plants was started to help beginners learn how to garden everything from strawberries to houseplants and more.

You can find out more about which cookies we are using or switch them off in settings.

This website uses cookies so that we can provide you with the best user experience possible. Cookie information is stored in your browser and performs functions such as recognising you when you return to our website and helping our team to understand which sections of the website you find most interesting and useful.

Strictly Necessary Cookie should be enabled at all times so that we can save your preferences for cookie settings.

If you disable this cookie, we will not be able to save your preferences. This means that every time you visit this website you will need to enable or disable cookies again.